High school students, staff step up to save a life 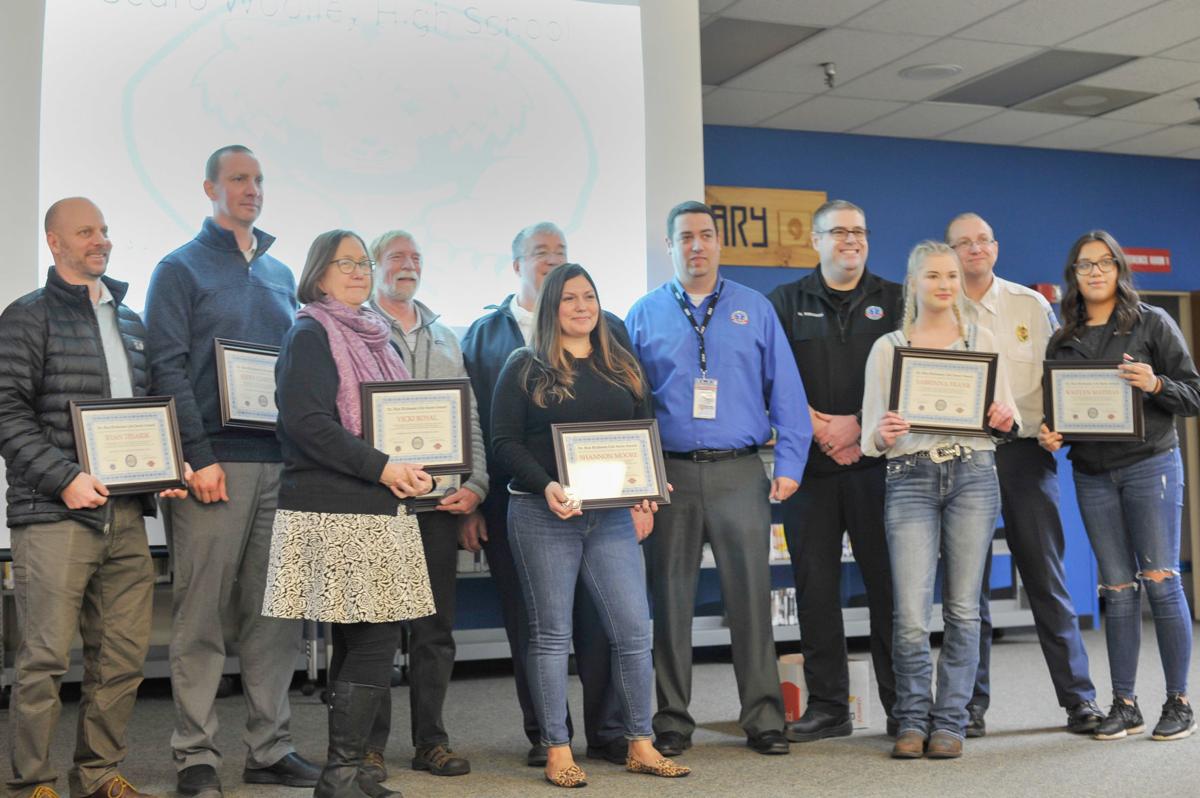 This article was originally posted on the GoSkagit.com. To see the original article CLICK HERE

SEDRO-WOOLLEY — Thanks to quick action by students and staff at Sedro-Woolley High School in early February, what could have been a story with a tragic ending is instead a tale of heroism.

During class on Feb. 4, a teacher suffered a massive cardiac event — one that, without fast action and preparation among staff, could have cost him his life, said school nurse Shannon Moore.

Instead, students and staff leaped into action, activating what the school calls its code blue team and keeping the teacher alive before paramedics could arrive. 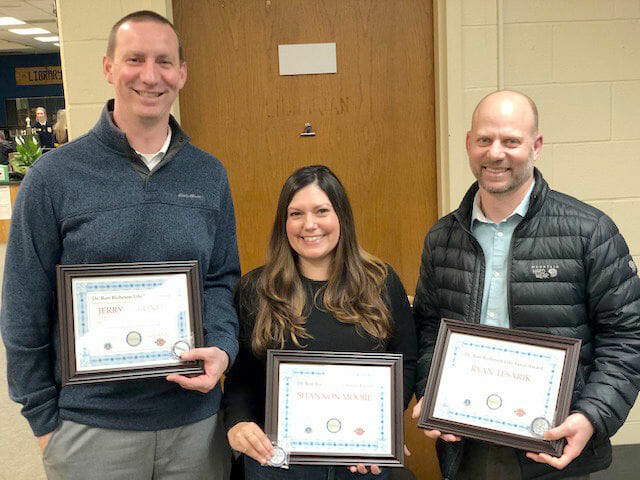 At a Sedro-Woolley School Board meeting Feb. 24, each of the 10 staff members and three students who helped save the teacher’s life received a Ron Richeson Life Saver Award.

The award was established in 2015, but it has been several years since an award has been presented, Pelonio said.

“The miracle is because of these people,” he said. “They recognized a life-threatening emergency and activated their code blue team.”

Commonplace in hospitals, those who serve on code blue teams are trained to deal with cardiac events.

Pelonio said for those who suffer massive cardiac events to survive, several things need to happen, including early recognition, calling 911, CPR, defibrillation and quick transportation to a medical center.

“It really relies on people being willing to step up and take action when seconds count,” Pelonio said.

Code blue teams are less common outside hospitals, Pelonio said. This was the first time he had heard of a school having such a team.

Each of the district’s 10 schools has a code blue team, Moore said. The high school team was established about 2009, she said.

“The more prepared we are for any type of emergency, the better we’re going to be prepared to be able to save time and save lives,” Principal Kerri Carlton said.

At the high school, Moore said she looks for volunteers who have had CPR or automated external defibrillator (AED) training. The team participates in drills once a year, but until Feb. 4 had yet to be activated, she said.

On Feb. 4, as students were watching a video, staff member Vicki Royal saw the teacher at the back of the room lose consciousness and fall from his chair, Carlton said.

Royal alerted students, one of whom, Kaitlyn Mathias, called 911 while Sabrinna Frank and Elizabeth Hillaire ran to the school’s front office where code blue was initiated and the team sent to the classroom.

The team was at the classroom in about a minute, Carlton said.

By the time Moore and the other members of the code blue team arrived to the room, Royal and paraprofessional Laurie Fellers had cleared the chairs and desks from around the teacher to make room for the code blue team, including Moore, teacher Ryan Tesarik and Athletic Director Jerry Gardner, who is also an EMT with the Sedro-Woolley Fire Department.

“You’ve got to be really proud of the kids, and the staff members that don’t have any part of (the code blue team),” Gardner said. “Being able to recognize that and act is a big thing. It’s not a situation they ever want to be in.”

Within three minutes, Carlton said, the AED had been utilized and the teacher resuscitated.

“They were amazing,” Carlton said. “It is so important to have a team that is designated, has practice, can stay calm under pressure and knows exactly what to do.”

Other members of the code blue team include teachers Angela Ochs, Gavin Grant and Rogene Seidel, and paraprofessionals Jobina Moran and Pat Huggins.

“I’d done (CPR) training for 25 years but never had to use it,” said Tesarik, who is trained in CPR because of his years of coaching.

Since the incident, the teacher is recovering, Carlton said.

Despite the potential for tragedy, the incident couldn’t have gone better, Moore said.

If the teacher had been in his planning period or it had been after school when no one was around, the outcome could have been much different, she said.

As part of their graduation requirements, all high school seniors in the state are certified in CPR, training that in Skagit County is funded by the EMS levy, Pelonio said.

For Tesarik and Moore, the incident was more than just routine, it was also personal. Both were taught by the teacher when they were in high school.

Despite the team’s quick action, the incident was still scary for some, Carlton said. As students waited outside the classroom — moments before school was let out — the school’s atmosphere felt different, she said.

“The whole building was on this bated breath,” she said. “It was almost like time was suspended.”

But because of the code blue team, the story had a happy ending.

“I was able, almost immediately, to go to the classroom and say (the teacher) is OK,” Carlton said. “He is alive and he is OK. To be able to do that literally changed the entire feel of our building.”